“I Never Laid A Finger on her, Guv!”… WHAT HAVE YOU DONE TO SOLANGE? reviewed

Massimo Dallamano (Born in Milan, 17.04.17) crowned a prolific and distinguished career as DP with the first two instalments of Sergio Leone’s monumental Dollars trilogy,  A Fistful Of Dollars (1964) and For A Few Dollars More (1965). Thereafter his compositional sense graced a series of his own directoral efforts. Although none of these are as celebrated as the films he lit for Leone and undoubtedly rank as journeyman stuff, just about all of them (bar a couple of soft core sex romps) repay serious scrutiny, emerging as a solid and satisfying body of B-movie work. Dallamano the director made a point of dabbling in most genres, in all of which he displayed a pronounced penchant for sleazy subject matter. His most memorable contribution to the canon of spaghetti exploitation is a not-quite-completed-trilogy of gialli, kicking off with 1972’s Cosa Avete Fatto A Solgnage? (“What Have You Done To Solange?“) in which recurrent plot points include the sexual exploitation of schoolgirls, conspiracy, cover-up and murder.

His very first giallo, A Black Veil For Lisa (1968), is the kind of noiresque pot-boiler that typified the genre (Umberto Lenzi directed several similar efforts) before it was revitalised and reinvented by the international crossover success of Argento’s The Bird with The Crystal Plumage (1970.) Here Inspector Bulon (John Mills) gives syndicate hitman Max Lindt (Robert Hoffman) a get-out-of-jail card on condition that he bumps off the bent copper’s faithless spouse Lisa (erstwhile Bond girl Luciana Paluzzi.) But Lindt falls for her instead, at which point the plot twists start proliferating thick and fast. After interestingly idiosyncratic screen adaptations of Sacher-Masoch (Venus In Furs, 1969) and Wilde (The Secret Of Dorian Gray, 1970) Dallamano got into his full giallo stride with the cracking item under consideration here.

Filthy Fabio Testi is Enrico Rossini, a lecherous lecturer who likes nothing better than bedding his beautiful young students at St Mary’s College, an upper-crust finishing school for Catholic crumpet (I was schooled at a St Mary’s College too, but the closest thing to crumpet we ever got was… nah, better not name him.) Fabio’s messing about in a boat on the river with one such conquest, Elizabeth (Cristina Galbo, a hall-of-famer who also appeared in Living Dead At The Manchester Morgue, The Killer Is Obliged To Kill Again, The House That Screamed, Riot In A Woman’s Prison and the immortal Suffer, You Prick) when she spots Hilda, one of her classmates being repeatedly stabbed in the bush in the bushes by a maniac in priestly garb… yep, those anti-clerical giallo auteurs are bashing their bishops again!

“What is that priest doing to Hilda?”

Because he can’t be in two places at one time, we know that randy Professor Rossini isn’t the culprit, but he can hardly offer his dalliance with Elizabeth as an alibi… relations with his severe Teutonic wife Herta (krimi stalwart Karin Baal) are already bad enough, not to mention the small matter of losing his job. As more girls are fatally stabbed between the legs, his attempts to cover up his extra-curricular activities only increase the suspicions of Inspector Barth (Joachim “Blackie” Fuchsberger, another krimi refugee), who seems to delight in showing parents post-mortem photographs and X rays of their murdered daughters with knives penetrating their private parts (“It’s a necessary formality!”) Then Elizabeth makes the mistake of announcing to a roomful of the dodgiest-looking, slobering peeping toms ever rounded up in a Catholic girls’ school that she thinks the river-bank slasher was wearing a cassock. Glug glug glug, she gets drowned in the tub…

… and things are now looking very bad indeed for our pal the priapismic prof. But every stabbed schoolgirl has a silver lining and Enrico’s efforts to clear his name coincide with the patching up of his relationship with the increasingly sexy looking (and unfeasibly accommodating) Herta. So far, so good… but no Solange. You won’t be asking what they’ve done to her so much as who the hell is she, because this character (played by Camille Keaton of subsequent I Spit On Your Grave infamy) only turns up towards the end of the final reel, trailing in her traumatised wake the key to the whole crotch-stabbing conundrum.

A stylishly sleazy concoction topped off with a tasty Ennio Morricone score, What Have You Dome To Solange? is an unusually police-tinged giallo that points the way to Dallamano’s later immersion in full blown polizioteschi. The mists and mellow fruitfulness of its equally atypical English locations (not to mention the peculiarly multi-hued barnet of Fusberger) are beautifully rendered by Dallamano’s (wisely) chosen cinematographer, one Aristide Massaccesi (yep, Joe D’Amato himself, who you’ll spot him cameoing as a copper during an, er, abortive stake-out.) 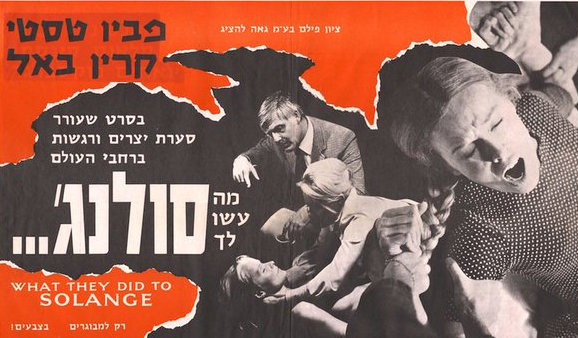 Remastering WHYDTS? for Blu-ray from its original camera negative, David Mackenzie has captured this visual treat magnificently. Michael Mackenzie (any relation?) contributes one of those visual essays that are becomingly increasingly familiar among Arrow extras. As I said about an earlier one, some of it will make you think, some of it will have you saying: “I’ve always thought that” to yourself and some of it will have you shouting “No mate, you’re talking bollocks!” at the screen. Other specs include a trailer… the now customary reversible sleeve, one of whose options is some newly commissioned nifty artwork by Malleus… the usual sort of glossy, illustrated booklet in which Howard Hughes surveys Morricone’s giallo scores and Art Ettinger from Ultra Violent Magazine profiles Camille Keaton… and three interviews. Karin Baal offers a scathing memoir of what she obviously regards as a thoroughly insalubrious production, slagging off  Fabio Testi and criticising Dallamano for his alleged bullying of Keaton. Then to restore the balance Testi gets to speak for himself and comes across as a much more agreeable figure than the one described by his former co-star. Finally there’s a brief conversation with producer Fulvio Lucisano, an interesting and engaging character who’s got a lot to say about how the Italian film industry has “changed” (i.e. just about died!)

The commentary track reunites Alan Jones and Kim Newman from Arrow’s celebrated Zombie Flesh Eaters BD. Newman kicks off the proceedings by stating that he’s going to be playing second fiddle because of his colleague’s undoubted expertise in the field of Italian exploitation cinema but in fact Newman’s inclusion is more than justified by the breadth of his knowledge concerning just about every other area of world cinema. His contributions are particularly useful in explaining the debt gialli owe to earlier “krimi” (German screen adaptations of thriller novels by Edgar Wallace), especially pertinent to this Italo-German co-production which has often been linked (with precious little justification) to the Wallace yarn The Clue Of The New Pin. He also sketches out the chronology that links Dallamano’s picture to an apocryphal tabloid expose via Robert Hartford- Davis’s The Yellow Teddy Bears (1963.) Informative and witty stuff from the Jones / Newman double act then, though when they speculate that the Vera Drake character is of East European origin they do squander a golden opportunity to crack the ever popular “cancelled Czech” gag…

While an oligopoly of four (Argento, Bava, Fulci and Martino) were responsible for most of the truly great gialli, other directors did manage to turn out the occasional classic… Paolo Cavara’s Black Belly Of The Tarantula, Aldo Lado’s Who Saw Her Die? and Luigi Cozzi’s The Killer Is Obliged To Kill Again spring to mind.) So what are we to make of Jones’s claim that WHYDTS? is one of the top ten achievements in this genre? Possibly it it is and, if not, it comes so damn close as to demand a place on the shelf of any self-respecting Italian thriller buff.

“What shall we do today, then?” 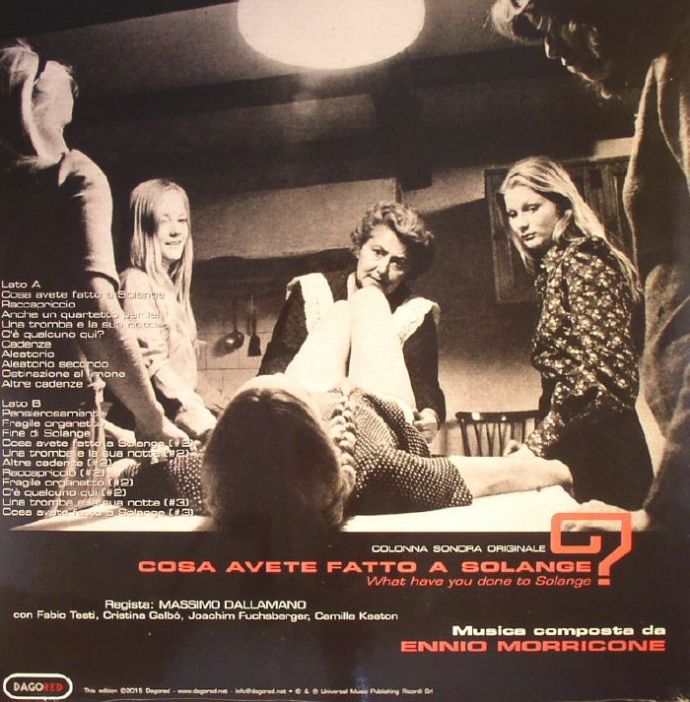