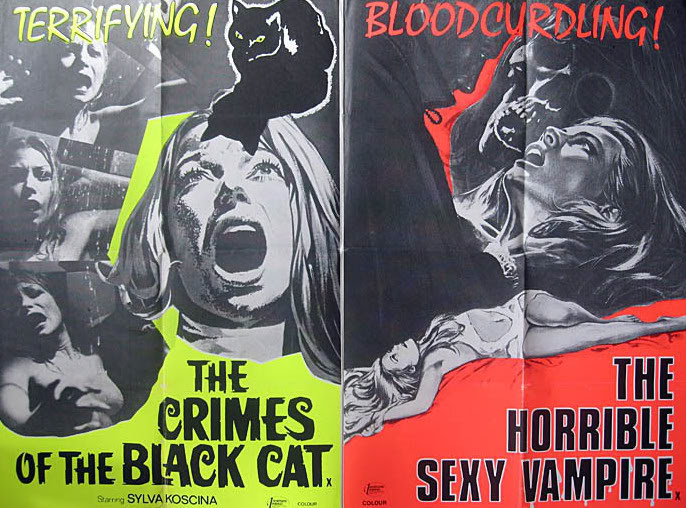 Yep, it’s giallo time again and Sergio Pastore’s 1972 offering Crimes Of The Black Cat  is one of the few successful entries in that genre to be set outside of an urban Italian milieu. Peter Oliver (spagwest stalwart Anthony Steffen, who also did the giallo thang in Emilio Miraglia’s The Night Evelyn Came Out Of The Grave, 1971) is a blind film composer, living in Copenhagen (and apparently working on an alternative score for Lucio Fulci’s Lizard In A Woman’s Skin!) Sitting in a bar after being jilted by a foxy model (we’ve all been there, right?) he finds himself, due to his heightened sense of hearing, eavesdropping on a conversation about blackmail and murder. Unfortunately  his enhanced auditory capabilities are neutralised when, at a particularly juicy juncture in this exchange, some hip Scandinavian strumpet cranks up the juke box, all the better to bust some funky moves. Apparently this sort of thing is de rigeur in Danish drinking dens… well, that’s what happens when you legalise pornography! Incidentally, when this hippy chick commences the shaking of her uber-aryan booty, Pastore’s camera starts zooming in and out at an alarming rate, likely to induce epileptic seizures in the susceptible. Italian exploitation directors are frequently criticised for their reliance on zoom shots, but here Pastore sets a new Guinness world record for overuse of this device, which is repeated to laughable effect during each of the subsequent murders. 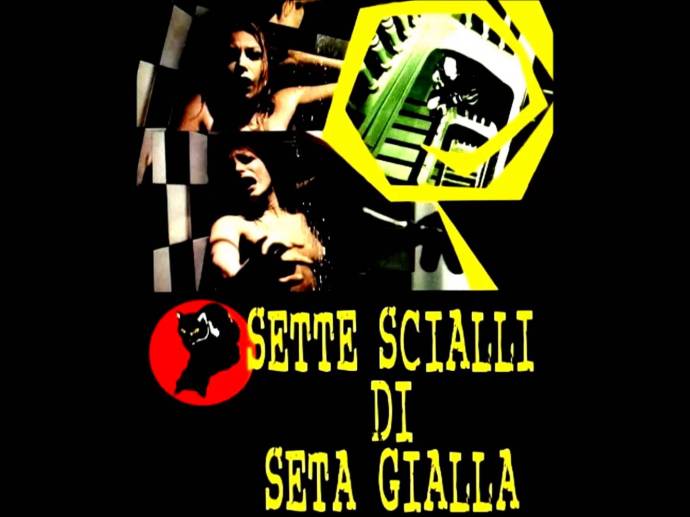 Cut to the Venus modelling agency where, in a time-honoured giallo tradition stretching back to Mario Bava’s Blood And Black Lace (1964), the girls are  variously dykes, dope fiends and dying off at the hands of a mystery black-garbed assassin. Plenty of genre cliches there (plus Manuel De Sica’s Morricone soundalike score and a clutch of familiar faces… Steffen, Sylva Koscina, Giacomo Rossi Stuart, Umberto Raho and Annabella Contrera) but what sets this Black Cat apart from the pack are some of the gob-smacking plot developments that Pastore, with co-writers Alessandro Continenza  and Giovanni Simonelli, has managed to stuff into it. Yellow silk shawls are found left at the scene of each of the brutal slayings (thus the original Italian title Sette Scialli Di Seta Gialla… “Seven Yellow Silk Scarves”) and Steffen ultimately susses that the killer has impregnated those shawls with cat repellant and then hurled cats, their claws dipped in curare, at the budding Helena Christensens wearing them(!?!) In case that’s not bizarre enough for you, the patsy  who does the feline flinging is a wretched former circus performer who opened a pet shop and turned to heroin after her lion-taming husband was mauled to death during his act… neo-realism this ain’t!

The nutzoid narrative appears to climax with the unveiling of the killer, at which point the putative perpetrator of the pernicious poison pussy posse falls into a handy-dandy vat of quicklime… but Pastore still has a barmy twist or two up his sleeve. The vicious razor slashing of Steffen’s girlfriend, while she’s taking a shower, comes completely out of left field and dwells lovingly on what Hitchcock only hinted at in Psycho. Only now do we learn the true identity and (far-fetched, even by giallo standards) motivation of the killer, who promptly  crashes headfirst through a window (thoughtfully freeze-framed under the film’s final credits). If that synopsis doesn’t get you itching to see Pastore’s pussy g(al)orefest you’re probably reading the wrong blog… 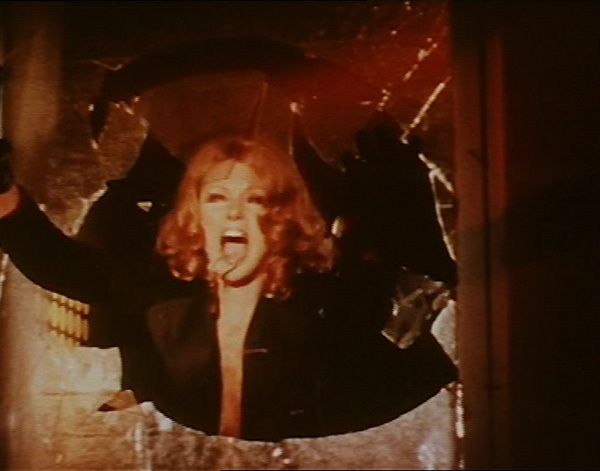 Er, is it too late to say… SPOILER ALERT!

…. but now for the bad news. This release by Dagored (who they? ), though beautifully packaged (with an inlay leaflet that also folds out into a reproduction of the original locandina poster) looks very much like it has been sourced from a full screen VHS tape, complete with drop out! Certainly it boasts no better picture quality than the bootlegs previously sourced from Greek VHS and will set you back considerably more money. Nor does it pack any extras to speak of, beyond murky-looking trailers for further Dagored releases, none of which inspire any confidence that they’re going to look any better.

In my previous post I cracked a gag about somebody releasing an upgrade of Rene Cardona Jr’s Night Of A Thousand Cats, but it really would be good to see Pastore’s film given the kind of edition it deserves. Pity he didn’t make any more gialli… 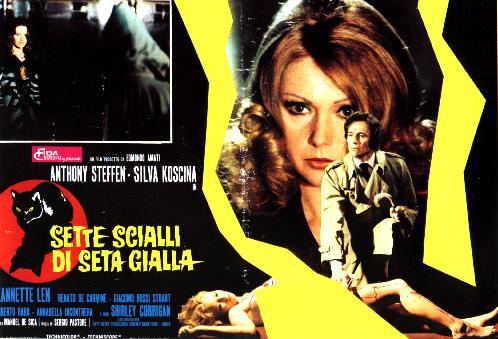 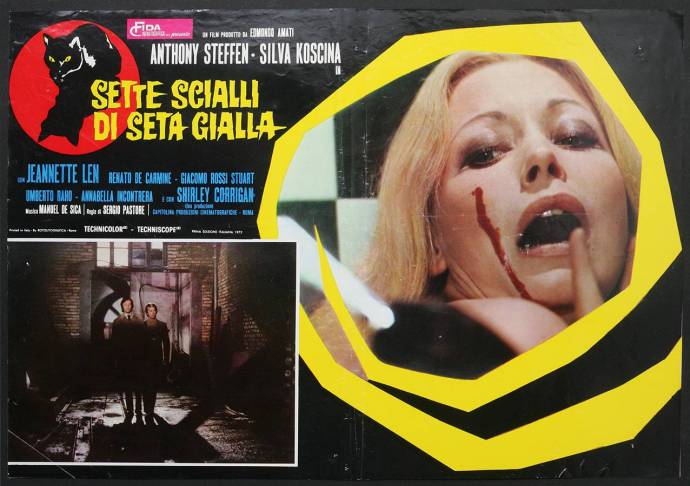