Me Me Lai Vs The Satanic Majesty Of Wonderful Radio 1 … CRUCIBLE OF TERROR Reviewed, Pop-Pickers! 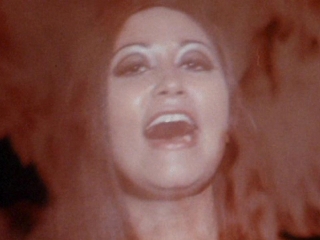 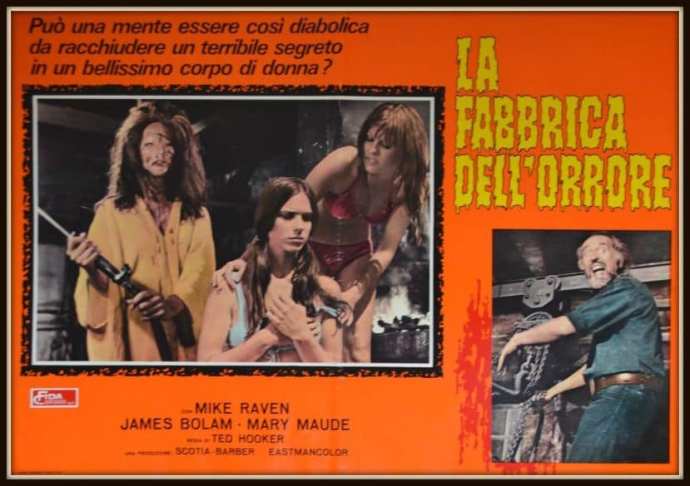 James Bolam is John Davies, a struggling art dealer… struggling with a terrible ’70s moustache as much as anything. His commercial fortunes, if not his grooming regime, seem set to improve when several punters take an interest in a beautifully fashioned bronze of a naked woman. But John’s alcoholic friend Michael Clare (Ronald Lacey) explains that the sculptor, his father Victor (Mike Raven), will never part with the piece… and with good reason. Before the titles we saw Victor using the body of Chi-San (Me Me Lai or Me Me Lay, as she’s identified here) as the armature for this piece. John’s not so easily put off though, even after one of his backers, while trying to half-inch the bronze, is suffocated with a plastic bag. 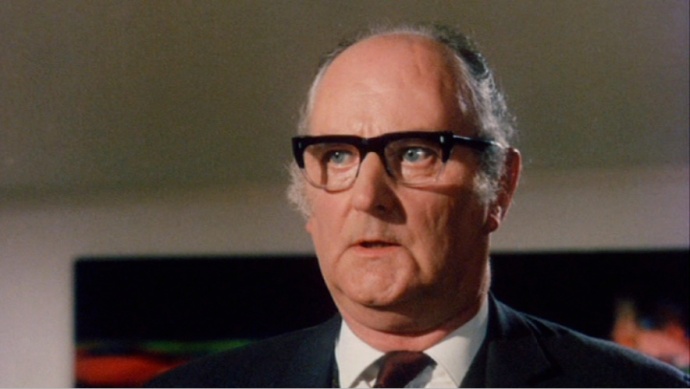 John bugs Michael into taking him and his girlfriend Millie (Mary Maude, last seen on this blog lustily administering corporal punishment to boarding school girls in Serrador’s The House That Screamed) out to Victor’s West Country retreat and it doesn’t take long too long to work out why Michael is such a booze hound. Victor is a loopy, domineering psychopath who uses his “artistic temperament” as an excuse to bully his family, flaunting his female conquests in the face of his long-suffering wife Dorothy (Betty Alberge) who’s senile, dresses like a little girl and carries a doll around with her. The whole set up plays like an indigestible mash-up of Mystery Of The Wax Museum, Who’s Afraid Of Virginia Woolf, Whatever Happened To Baby Jane (*),  and The Old Dark House. I haven’t quite worked out exactly who Derek Guyler-lookalike Bill (John Arnatt) is or what he’s doing there (does Victor swing both ways?), suffice to say that this is one of the most badly miscast films I’ve ever seen. 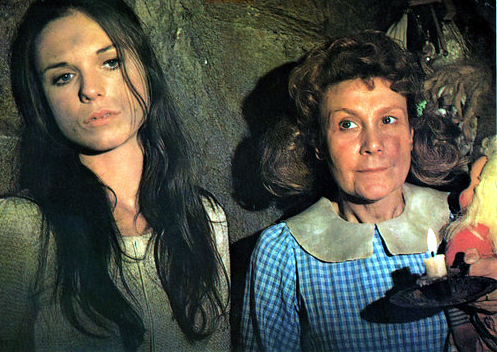 Anyway, various cast members who come too close to discovering the secret of that bronze are variously butchered, bludgeoned and drowned, then Vincent pursues Millie around some Cornish caves prior to preparing her to serve as the centrepiece of another sculpture. At this point the malevolent spirit of Chi-San manifests itself and Raven, over acting even more preposterously than in the rest of the picture, meets a suitably ironic and infernal fate. “She was very high up in a sinister religious sect…” Bill tells the traumatised John, while wrapping things up with an unlikely tale of reincarnation and possession “… and Evil is always more powerful than Good” (neatly reversing the more familiar Hammer formula there.) 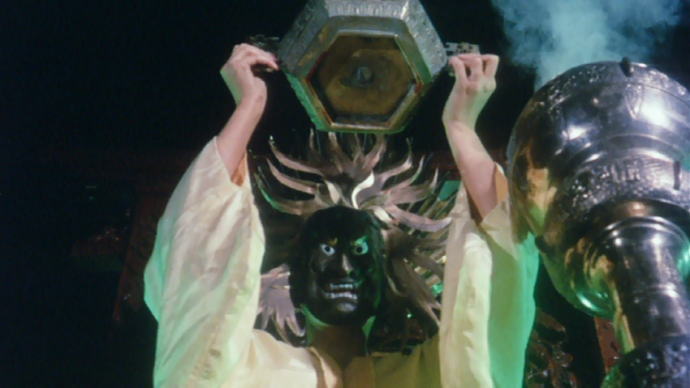 I originally intended to entitle this piece “Raven Bonkers” but soon-to-be Italo Cannibal Queen Me Me got the nod after a quick look at this site’s stats proved that  Ms Lai is its bronze medallist in terms of attracting hits, trailing only Irene Miracle and David Warbeck and yes, beating Lucio Fulci off into fourth place. One day some pervert sitting somewhere in his lonely room and cultivating his dubious niche fantasies will google “Me Me Lai beating off Lucio Fulci” and find himself reading these very words… 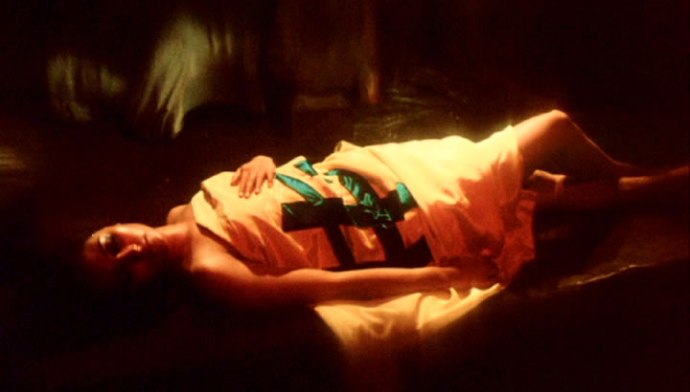 Her brief but pivotal appearance in one-shot director Ted Hooker’s Mystery Of The Wax Museum variant Crucible Of A Terror (1971) is one of the minor points of interest of this engaging little oddity and erstwhile staple of late night regional ITV programing, but the flick’s primary appeal to students of Schlock Cinema – and indeed, of larger than life eccentrics – is the presence in it of Mike Raven. 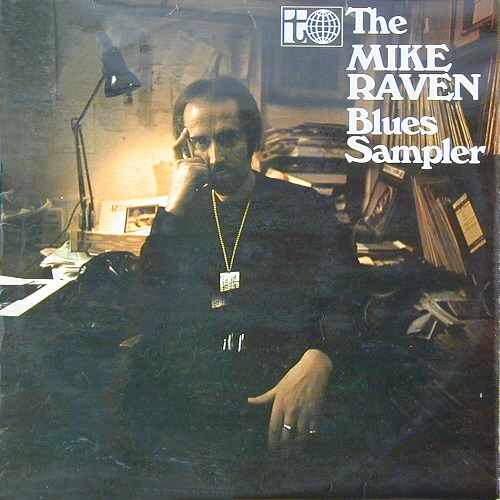 “All the world’s a stage…” as Shakespeare once pointed out, “… and one man in his time plays many parts.” Austin Churton Fairman worked as a photographer, conjuror, interior decorator, travel writer, flamenco guitarist, ballet dancer and presenter of religious TV programs and Woman’s Hour before emerging as “Mike Raven”, a Pirate DJ specialising authoritatively in blues, soul and RnB (that’s real, Booker T-type RnB, junior… as opposed to the tripe that gets passed off under that description these days.) Such was his expertise in this field that when Tony Benn closed down the pirates, at Raven’s door the newly minted and totally wonderful Radio 1 came rapping (cue Flowers In The Rain…) That’s him below in the Colonel Sanders outfit, front row, two places to the left of Peel. 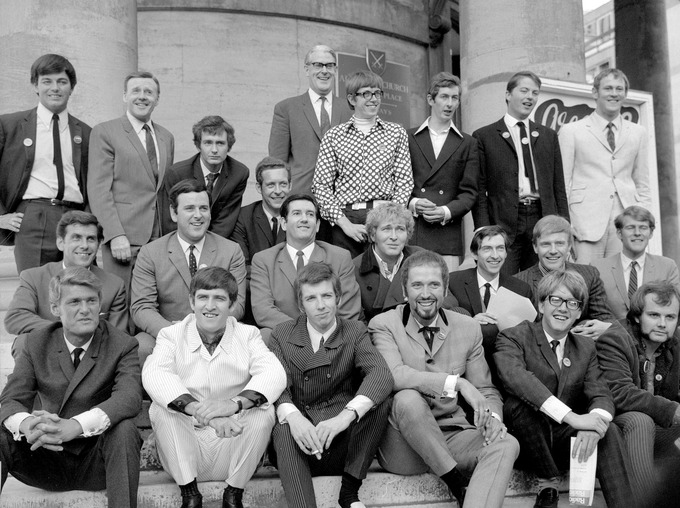 Perhaps it was due to the preponderance of black cat bones and John The Conqueror roots in all those old blues standards that Raven developed a growing interest in the occult (how unlike a Radio 1 DJ to have scandalous skeletons in his closet), started dressing entirely in black and adopted suitably sinister facial fuzz… or perhaps that stuff wasn’t entirely unconnected with an attempt to rebrand himself, yet again, as a horror film icon. His impressive physical stature secured him the role of Count Karnstein in Jimmy Sangster’s Hammer effort Lust For A Vampire (1971) after Christopher Lee had turned up his nose at it. Unfortunately Raven’s voice was dubbed and after you’ve seen Crucible Of Terror that won’t come as too much of a surprise, his stab at Boris Karloff coming across more like Bobby Picket of The Crypt Kickers.

In the same year he actually starred opposite Lee to tolerable effect in Stephen Weeks’ Amicus offering I, Monster, a film often cited as the most faithful cinematic adaptation of Robert Louis Stevenson’s Dr Jekyll And Mister Hyde… why all the characters’ names were changed remains a major mystery. It was all downhill after DJ Horrible’s Crucible Of Terrible though…  Raven pseudonymously wrote and produced, as well as starring in, Disciple Of Death (1972) which at least managed the mean feat of making Crucible look like a vaguely coherent film. 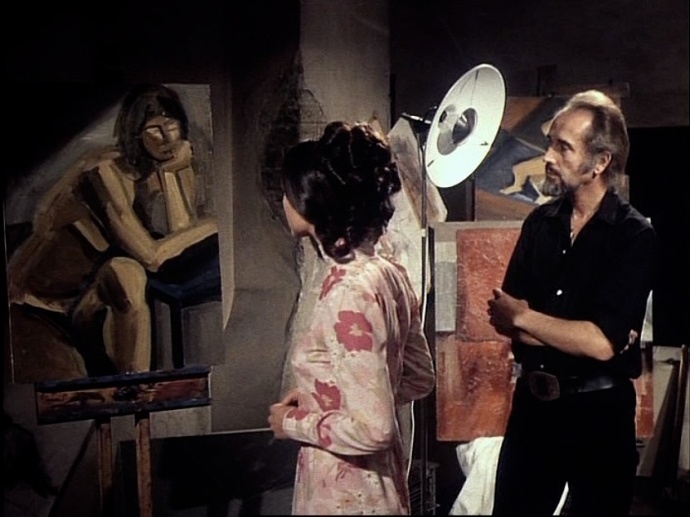 Mike Raven never manage to claim that place on the Horror pantheon which he clearly coveted but his wayward mini-career in the genre constitutes a brief byway with which any self-respecting trash film fiend should be familiar, suitably commemorated in this spanky Severin release, “transferred in startling HD from the only known uncut 35mm print in existence, loaned to Severin by a Bodmin Moor coven!”

So… whatever happened to Mike Raven? In a spooky case of life imitating Art (or at least, imitating schlocky horror flicks) he did indeed relocate to Bodmin Moor to successfully pursue parallel careers in Art and sheep farming, completely unperturbed by the announcement of his death during Radio 1’s 25th Anniversary celebrations in 1992. Before his actual passing, five years later, Raven declared that his perpetual personal reinventions were an ongoing attempt to come to terms with his sexuality and his spiritual beliefs. He was buried on his beloved Bodmin Moor in a plot he had dug himself, something I’m sure all his Radio 1 peers really dug. 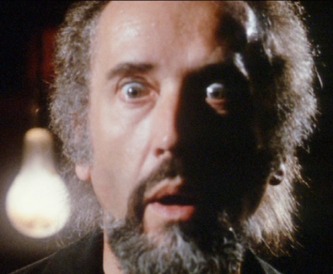 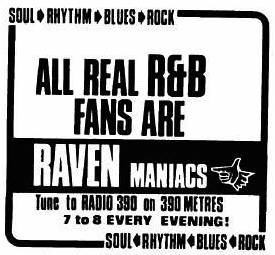 A good cast is worth repeating… 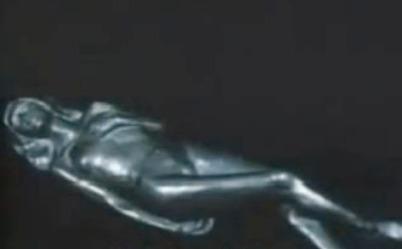 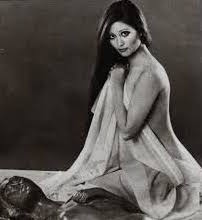 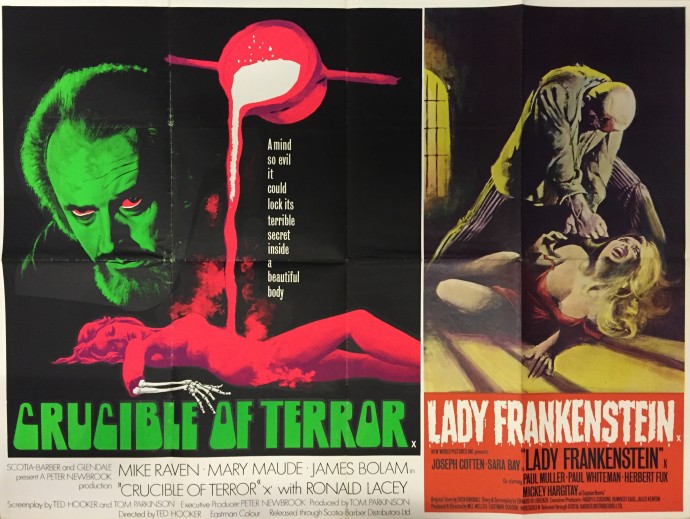 (*) Bolam, of course, went on to star in Whatever Happened To The Likely Lads.

2 thoughts on “Me Me Lai Vs The Satanic Majesty Of Wonderful Radio 1 … CRUCIBLE OF TERROR Reviewed, Pop-Pickers!”