As You Were… The Third House Of Freudstein Annual Report.

“Who will challenge Warbeck, Miracle and Me Me Lay in 2018?” was the line with which I closed our Second Annual Report, 365 eventful days ago. Nobody, as it turns out… indeed, I should have roped in our report on TLE’s epic Suspiria restoration, which has maintained the position of fourth most visited House Of Freudstein posting that it occupied in 2017, while our David Warbeck interview, Irene Miracle interview and review of High Rising’s Me Me lay documentary continue to cling stubbornly onto the Gold, Silver and Bronze slots that they’ve respectively occupied throughout each year of this blog’s existence. It’s particularly gratifying that the interview with Irene continues to perform so strongly as it’s the first thing I ever posted on a blog that wouldn’t exist if her steady nagging / encouragement hadn’t overcome my doubts / inertia. Thanks and many happy returns, Pal! 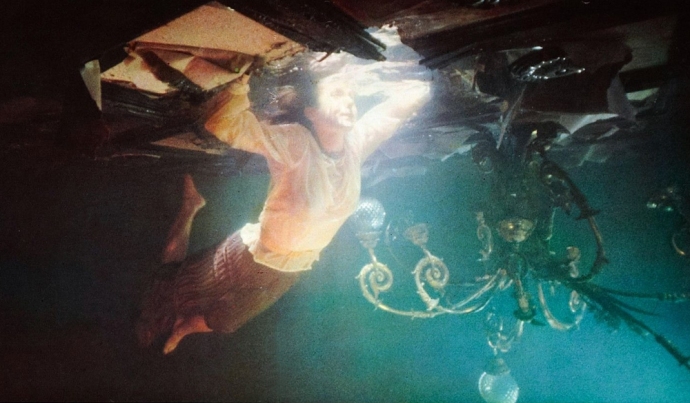 Another High Rising documentary, profiling Umberto Lenzi, places fifth this time out, while my interview with Lenzi and High Rising man Calum Waddell’s book on Ruggero Deodato’s Cannibal Holocaust fall out of the Top 10. Dropping down one position from last year, our review of The Howling II: Your Sister Is A Werewolf maintains a respectable 6th placing… not entirely unconnected, one suspects, with the prominent part played in it by the following Gif.

Slipping slowly down the Top 10 that it’s occupied since year 1, my account of lunch with Lucio Fulci is in seventh spot and keeping up the culinary theme, my breakfast with Joe D’Amato tickled our readers’ taste buds sufficiently to earn 8th place on our 2018 menu. Having run plenty of archive interviews on the blog, I was delighted to debut an all-new conversation with indefatigable spaghetti exploitation scribe Dardano Sacchetti earlier this year, which clocks in at #9. Reviews  of Sergio Martino’s Sex With A Smile and the Shameless BD release of his Strange Vice Of Mrs Wardh both dropped out of the Top 10, leaving us (against all expectations) with precisely no Edwige Fenech-focussed features this year, though she gets an honourable mention in the Barbara Bouchet interview that completes out rankings, narrowly beating off the competition from Stephen Thrower’s Beyond Terror Fulci tome… I’m sure Stephen will cherish the mental image of himself being beaten off by Barbara Bouchet. 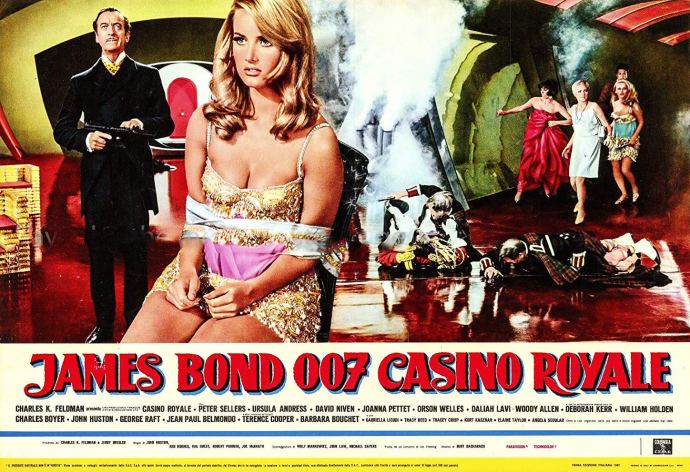 Since we opened for business at the start of 2016, our all-time Top Ten performing posts (in the unlikely event of you actually giving a toss) are now 1) David Warbeck interview 2) Irene Miracle interview 3) Me Me Lay documentary 4) Suspiria restoration 5) Lunch with Lucio 6) Howling II 7) Lenzi documentary 8) Spaghetti Exorcist clones [e.g. Mario Bava’s bastardised House Of Exorcism, below] 9) Breakfast with Joe D’Amato and 10) Lenzi interview.

It’s been a busy year (so busy that during the course of it we regretfully took the decision to close our sister blog devoted to Prog, Psyche and Fusion music), though the tally of 66 postings that we managed is marginally less than 2017’s total. These figures have become less reliable since we’ve started saving space by deleting reviews of releases now superseded by superior editions, ditto postings that just about nobody seems interested in visiting. Overall, traffic to the site was up in the healthy region of 20% over last year. We managed the grand total of zero Weekenders, though plans are in the pipe-line for “drug movies” and “Public Information Films” themed weekends, which might or might not see the light of day during 2019. We did fulfil our stated intention of covering more Spaghetti Westerns, while weird Japanese sex / horror / crime flicks have started to make welcome inroads on the blog due to the sterling efforts of Arrow’s PR people.

Among that label’s impressive output in 2018, we were particularly knocked out by the epic 5-disc Complete Sartana box set. Arrow’s 4K City Of The Living Dead was probably an upgrade too far in terms of grain enhancement but the accompanying extras constitute an indispensable resource for any self-respecting Fulci fancier. Other candidates for Disc Of The Year? Nucleus stuck to their sparse but well-chosen release schedule with splendid state-of-the-art editions of Jess Franco’s Demons and Erotic Rites Of Frankenstein, then Giulio Questi’s Death Laid An Egg and Mel Welles’ Lady Frankenstein…. fantastic stuff. Powerhouse lived up to their name with stunning Night Of The Demon and William Castle box sets. Our pals at Severin continued to churn out definitive editions of various Italian Horror and Exploitation classics, though their top showings in 2018 were probably with that Amicus box and Combat Shock, whose many extras I’m still working my way through and which we’ll be reviewing in 2019. We’ll also soon be examining their Blood Island box and Mondo Macabro’s BD release of Fulci’s Perversion Story, both of which look like serious contenders.

Big screen release of the year? That would be Panos Cosmatos’s Mandy, if indeed you managed to avoid blinking and missing its near-subliminal theatrical outing. We’re genuinely gob-smacked that such an audacious, amazing-looking / sounding film should go to disc so fast and to the discounted shelves shortly thereafter. Honourable mention to Shin’ichirô Ueda’s fiendishly-clever-and-funny-but-the-less-we-tell-you-about-it-the-better One Cut Of The Dead. We were fortunate enough to catch both of those at Nottingham’s mighty Mayhem Festival, one of those ultra-rare annual occasions when we actually venture out beyond the closeted confines of Oak Mansion.

Happy New Year to all our fiends and followers. Thanks for your kind support and we’ll do our best to maintain your interest through 2019 and beyond.