Close Encounters Of The Lethal Kind… BLOOD AND FLESH: THE REEL LIFE AND GHASTLY DEATH OF AL ADAMSON Reviewed.

The Severin gang have been making film documentaries since Texas Chain Saw Massacre: The Shocking Truth in 2000 and will have clocked up well over 200 of them by the end of their second decade. You’d think they’d be getting good at it by now… and you’d be right. Widely acknowledged as the finest Sev offering yet, this feature length effort has also been touted as the Al Adamson documentary for people that don’t like Al Adamson movies”. Which only begs the question: “What kind of humourless git wouldn’t like an Al Adamson movie?!?”

“You could be sure there were gonna be midgets, lots of breasts, blood and gore, all sorts of fun people and strange things going on”, attests actor / stuntman Gary Kent and if that hasn’t piqued your interest, you’re probably reading the wrong blog. The sheer craziness of Adamson’s films, which include ersatz Spaghetti Westerns, faux Filipino Horrors, bogus Blacksploitation epics, brawling bikers, maniacal monster mash-ups, sexy stewardesses and UFO exposés (all delivered in accordance with Al’s keynote philosophy: “We’re not aiming for academy awards when we shoot pictures, we’re aiming to entertain the audience”), was only matched and ultimately eclipsed by the bizzare facts of the director’s life (and desperately sad death), all told here via archive interviews with the man himself, police footage, film clips, some seriously slick, smart ass graphics and the testimonials of his surviving closest collaborators, family members, friends and fans. 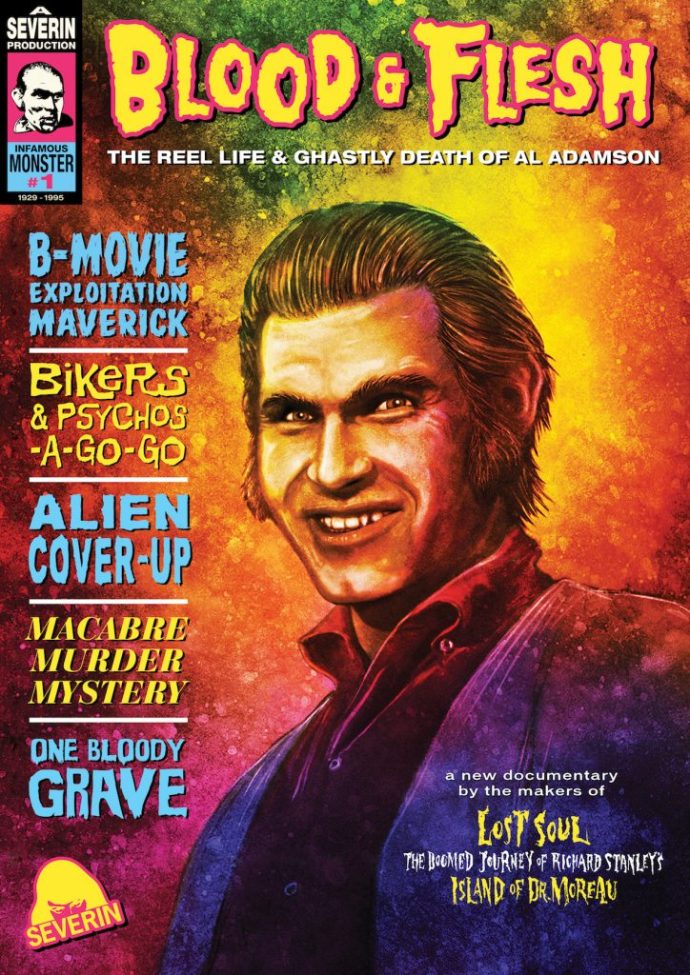 Al’s father Victor was a for real Antipodean cowboy who made an Ozzie Western (Stockman Joe) in 1910 before emigrating to the States and continuing to ply his trade as actor, director and producer under his favoured “Denver Dixon” alias. He turned down an approach from Universal to pursue a true auteurist path, even handling the distribution of his own pictures. It is said that Al Adamson was conceived during the shooting of one such, The Old Oregon Trail.  Al didn’t want to be a cowboy. Or a director. He wanted to be a song and dance man. When his two left feet put paid to that, “Denver” financed and directed Al’s first starring vehicle Halfway To Hell, only for Adamson Jr to kick him of the picture and complete it himself. It would seem that these two had a bit of a Brian / Murray Wilson relationship going on. 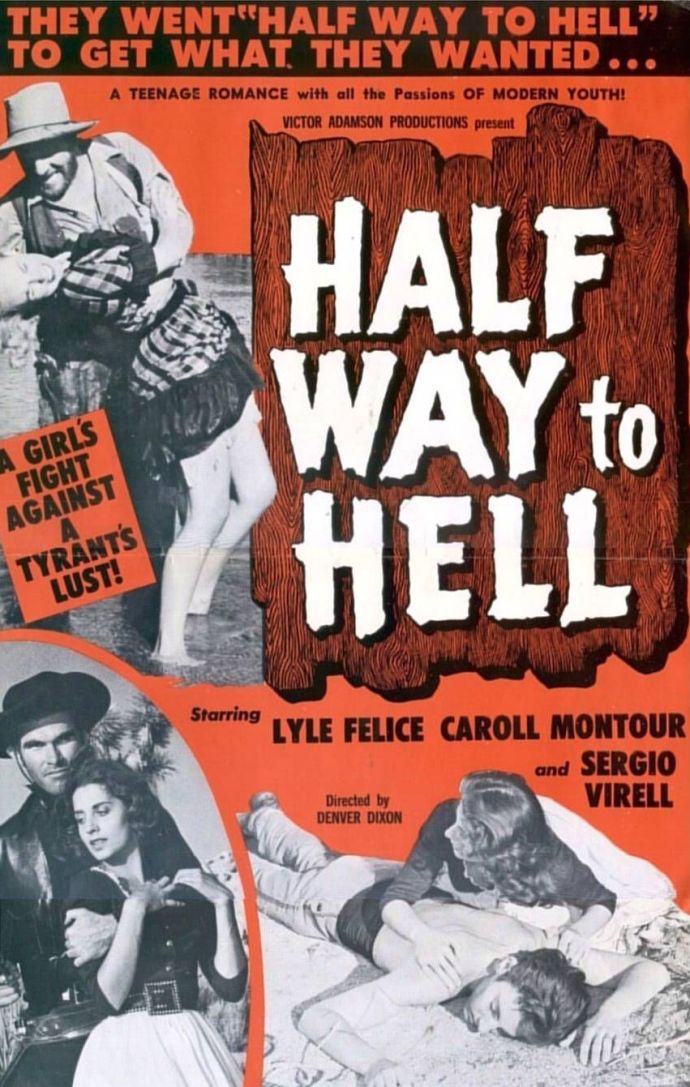 After Halfway To Hell registered zero interest at the box office, Al was was running a night club in the San Fernando valley and managing singer Tacey Robbins, one of the many muses who motivated most of his career moves. Encouraged by Sam Sherman, ultimately his partner in Independent-International Pictures (“They were like the dream team of tits and terror movie” offers one associate), Al gave it another shot with heist saga Echoes Of Terror. When that one tanked too, Al recut it with go-go dancing footage to come up with Psycho A Go-Go which, in its turn, tanked. Another bunch of radical reshoots ensued and – as Blood Of Ghastly Horror  – the picture enjoyed a modicum of success in 1967.

The convoluted evolution of this picture holds many clues to the Adamson method, e.g. the casting of women with which he was romantically involved or with whom he was at least infatuated (Regina Carrol, above right, his greatest muse and first wife enters the Adamsonian universe at this time)… the constant recutting and / or remarketing of films that audiences had (at least partly) seen before… and the participation of such Hollywood has beens (John Carradine, Lon Chaney Jr, J. Carrol Naish, Broderick Crawford… he even briefly resuscitated the career of the remaining Ritz Brothers) and misfits (Russ Tamblyn, interviewed herein) which owed at least as much to Al’s cheapness as any nostalgia for or loyalty to the stars of some notional cinematic Golden Age. His boast that “we put more on the screen per amount of money spent than any body else did” was vindicated via such stunts as giving Colonel Sanders a walk on part and prominent product placement in the 1970 biker flick Hell’s Bloody Devils, in return for which the cast and crew ate KFC for every meal during its shoot (maybe Al transferred his catering budget to the OST department, as this one was scored by Nelson Riddle, no less!) It would be the extension of this cheap attitude towards his domestic help that would prove to be Adamson’s undoing…

After a run of immortal classics including Blood Of Dracula’s Castle, Satan’s Sadists and Five Bloody Graves (all 1969), Horror Of The Blood Monsters (1970), Dracula Vs. Frankenstein (“Zandor Vorkov” aka Roger Engel, above with Al, who took a brief sabbatical from stockbroking to become the silver screen’s most panned Count Dracula, has his say here), Brain Of Blood and The Female Bunch (all 1971), Angels’ Wild Women (1972), The Naughty Stewardesses (1974) and Black Samurai (1976) , to name but a few, Al’s career prospects (in common with those of his indie auteur contemporaries) were seriously compromised when the major studios started muscling in on traditional drive in / grind house turf (Spielberg’s Jaws, 1975, being an obvious milestone in this regard). Carnival Magic (1981) was an ill advised crack at family entertainment but the biggest blow to Adamson was the death of his wife Regina towards the end of 1992. He turned his attention to various other business ventures, travelling the globe and accumulating property until two things revived his love of film-making, namely a relationship with (and subsequent marriage to) aspiring actress Stevee Ashlock and the flowering of an interest in UFOs and associated conspiracy theories. 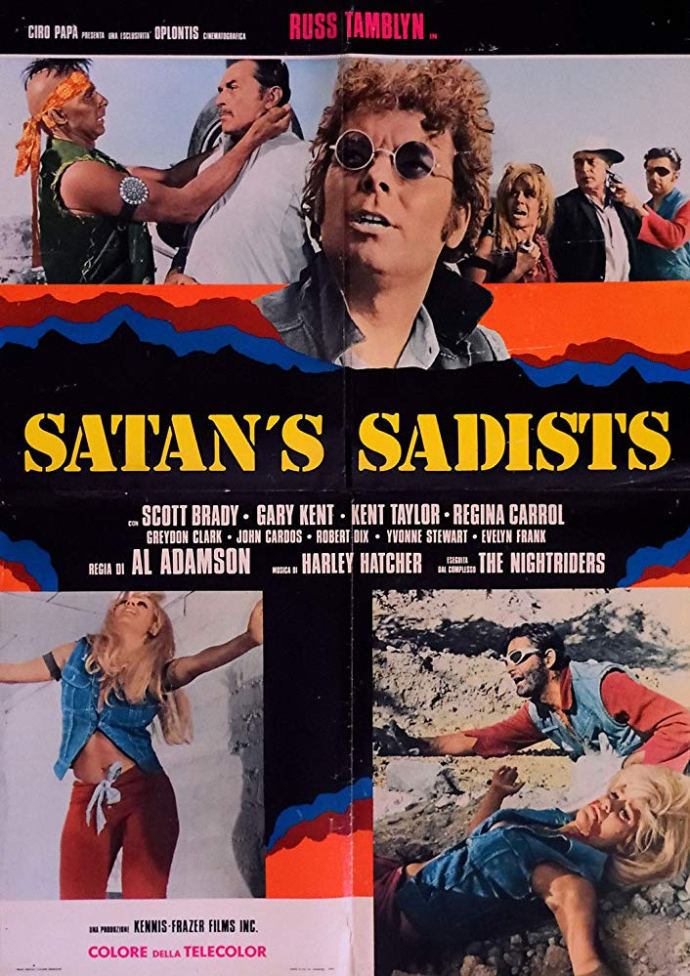 Ashlock (interviewed here and proving to be quite the kooky character) talks about meetings with extra terrestrials, but Al’s fortunes were about to take a depressingly Earthbound turn. Discovering that contractor Fred Fulford was stealing from him while renovating his ranch retreat in Indio, California, Al decided (against Stevee’s advice) to let him work off the debt. Alerted by the director’s subsequent disappearance and the suspicions of his housekeeper Lupe Garcia, police excavated the foundations of a disused jacuzzi room and discovered human remains. Fulford was subsequently convicted of the murder of Al Adamson, though Ashlock and Sherman hint at some “Men In Black” type motivation for the director’s murder. Sherman wonders if Fulford could have been dumb enough to commit such an obviously discoverable crime but as one of the cops who worked the case tells David Gregory: “If  people who  commit crimes were smart, we’d have a hard time catching them” and the very real possibility exists that Fulford was just a very untalented Mr Ripley type.

It’s the switch into true crime reportage during its final third that lifts BAF: TRLAGDOFAA a notch or two above even the standard level of Sev excellence. I’m wondering if some sympathetic director (Tim Burton springs to mind, for obvious reasons) might feel inspired by it to mount an Al Adamson biopic. Before that, one imagines we’ll see a bunch of the films celebrated here coming out on the Severin label. Ready when you are, boys. 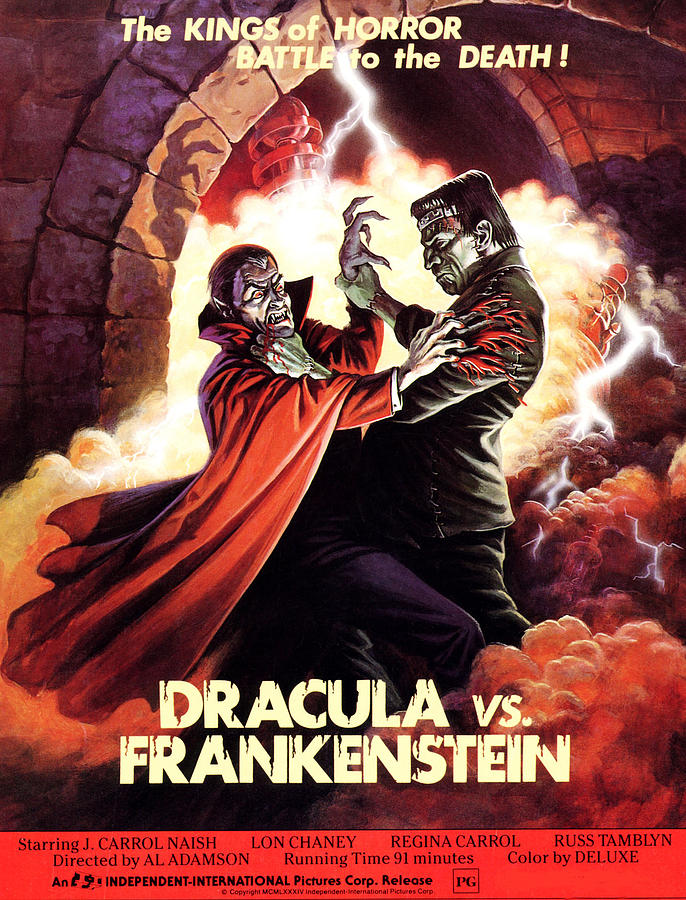