Just as our ecosystem approaches tipping point, with social and intergenerational conflict taking an increasingly violent turn, a plague begins to ravish this green and pleasant land… sure, I could feasibly have found inspiration for these words by tuning into any of this morning’s news bulletins (or just looking out of my window) but in fact I was thinking back to late 1973 / early ’74 when Jorge Grau unleashed stumbling cannibalistic cadavers across Manchester morgue and its environs (actually England’s Lake and Peak Districts) for one of the key films in the history of Zombie Cinema… nay, in the history of Horror Cinema, period.

The Living Dead At Manchester Morgue (by whichever of its many titles you recognise it) has always been a massive favourite here at The House Of Freudstein. Some of my earliest published pieces sang its praises and I’ve returned to it journalistically many times over the last three decades or so, also making the pilgrimage to its locations on more than one occasion. Pity I never got to interview its director (well, read on…) Others have paid tribute in print (special mention here for Nigel Burrell’s Midnight Media monograph) and on disc (David Gregory’s Back To The Morgue location tour being particularly impressive) but there’s never been a feature length documentary assembling all its available living principals (*)… until now, that is.

Naomi Holwill’s film will appear as an extra on Synapse’s upcoming  3 disc blu-ray set (artwork above), and clips from their 4k restoration, interspersed with the interviews here, bode very well for that release. Even viewed on Vimeo, there’s an unprecedented (to these eyes) level of detail, e.g. the flies buzzing around Guthrie’s head as he tucks into the unfortunate P.C. Craig’s heart, completely DNRd out of some earlier releases.

Back to those interviews (some of which were conducted by Eugenio Ercolani)… pundits Mike Hostench, Russ Hunter, John Martin, Kim Newman, Rachael Nisbet and others illuminate Manchester Morgue from various angles (maybe next time HRP can whip up a new CGI shirt for Martin?) but the real meat of the business comprises the conversations with make up supremo Giannetto De Rossi; Giuliano Sorgini, composer of (possibly) the first stereo soundtrack for a Horror film (a bloody great one at that); and of course Jorge Grau himself… 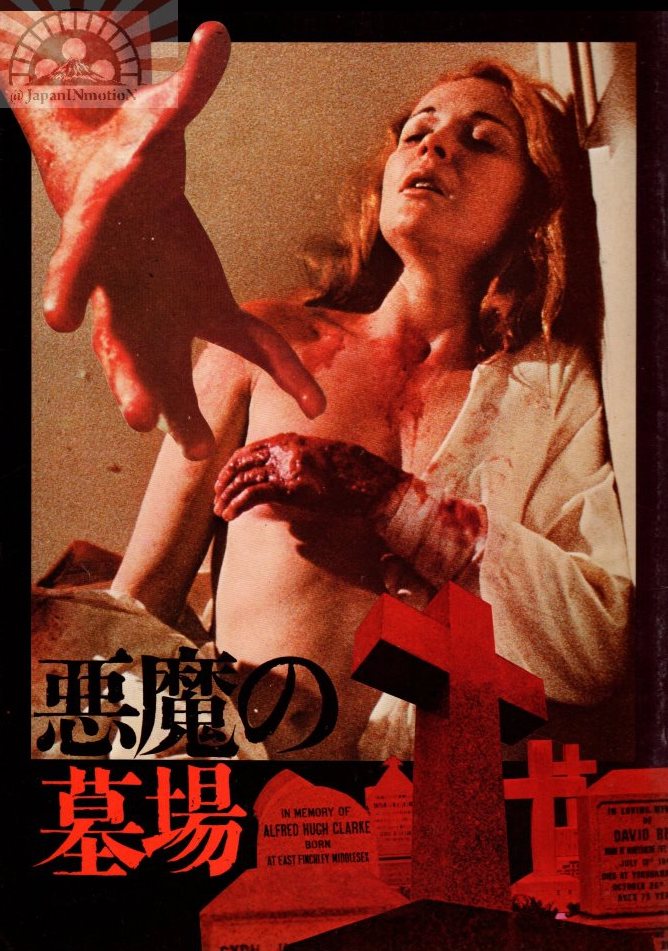 As the last interview he ever gave, this is effectively the director’s testament. You’ll have heard some of these anecdotes and reflections before, while of them will be new to you. I was particularly tickled to hear that Grau didn’t like the original title of his much retitled opus… even if here, he can’t remember what it was! Maybe it was the proverbial Let Sleeping Corpses Lie. Here’s another proverb: you snooze, you lose… Grau’s next scheduled interview was with yours truly, only for me to be informed that he had fallen seriously ill and then that he was gone.

R.I.P. to one of the greats. You don’t make films this good by studying box office receipts, listening to focus groups or following some dodgy Dogme manifesto… Grau felt this one personally, remembering how his mother had terrified him as a child by telling him that the dead dragged sleeping bad boys away by their feet. He even based the wheezing sound of the zombies on his own father’s death rattle! Ultimately, he tells us, he came to regard The Living Dead At Manchester Morgue as “a love film”, expressing the hope that George and Edna might be reunited in some kind of twilight zone romance… and if anybody out there was looking for a hint of the germ of a sequel, of whatever legitimacy, there’s your starter for ten!

(*) … with the sole exception of Cristina “Edna” Galbo, who has proved impervious to all my own efforts to contact her.