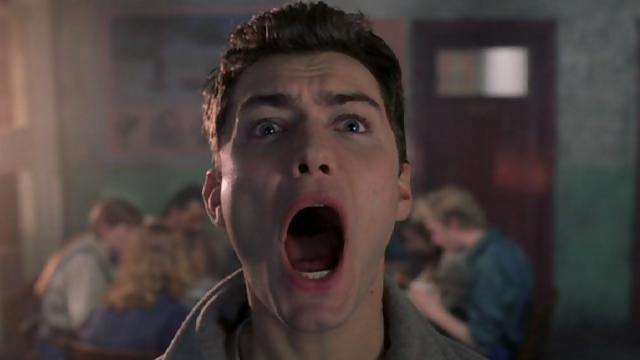 Ted Pikul in the throes of an eXistenZial epiphany. Yesterday. 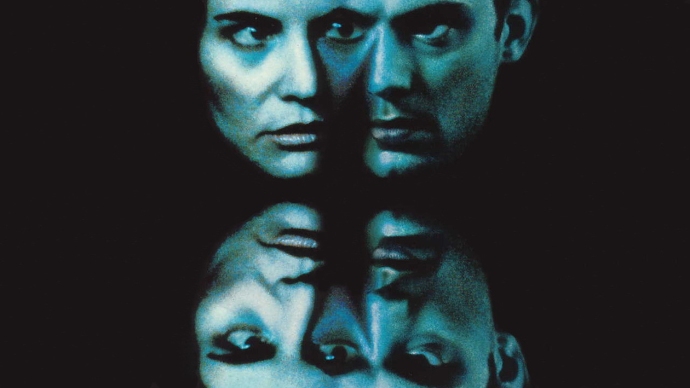 Why do artists feel the need to revisit former glories? Perhaps because their glory days are so demonstrably behind them. Consider Opera (1987), the final fling in a string of baroque, bloody, beautiful and flat-out berserk horror and thriller classics that Dario Argento had sustained for nearly two decades. Then consider his abysmal Phantom Of The Opera (1998), a weak-as-piss rehashing of the same themes with the same cinematographer, Ronnie Taylor, merely underlining the point that Argento’s muse had deserted him, to be replaced by… well, by Asia. 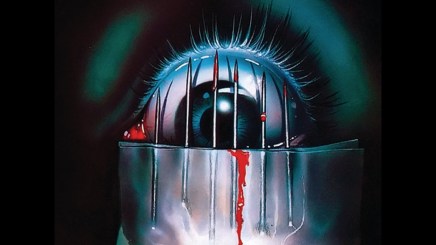 Just a year later, David Cronenberg brought us eXistenZ, which on superficial perusal (and that, I confess, is all I gave it at the time) came across as a pointless and decidedly less full-blooded and edgy reworking of his polymesmeric Videodrome (1983). Obliged to give it a second viewing (by the fact that those nice folks at 101 sent me a review copy of their new BD / DVD edition), I find that I’ve given eXistenZ shorter shrift than it merits (e.g. in my cursory dismissal of Cronenberg’s post-Fly output while reviewing his debut novel Consumed).

In the near future, wimpy marketing trainee Ted Pikul (Jude Law) accompanies legendary games designer Allegra Geller (Jennifer Jason Leigh) to a test seminar for her latest advance in virtual reality technology but no sooner have she and a bunch of fans plugged pulsating, placenta like game consoles into their spines (all par for the Cronenbergian course) and started communing in cyber space, than a pro-reality terrorist (ditto) makes an attempt on Allegra’s life with a gun fashioned from bones which shoots teeth (a piece of mutant technology that has clearly evolved out of Videodrome) and Ted finds himself promoted to Allegra’s body-guard. Brow beaten by her into having a bioport inserted in his spine (by Willem Dafoe’s freelancing gas station attendant) Ted embarks on a white knuckle adventure in which it becomes increasingly difficult to distinguish gameplay from reality…

Just as Brian de Palma was justified in reviewing the ethical quagmire of Casualties Of War (1989) through the lens of subsequent media technology developments  for Redacted (2007, above), eXistenZ cannot simply be dismissed as “Videodrome light” (although I’ve been guilty of doing precisely that)… it’s a genuine auteurist reconsideration of that film’s thematic concerns in the light of technology-driven cultural change on the cusp of The Millennium (and goes about its business so much more smartly than it’s vastly bigger budgeted contemporary The Matrix).

eXistenZ is “Videodrome updated and upgraded”, a film addressing the concerns of those who used to worry if young people watching The Last House On The Left really got that it was “only a movie… only a movie” and now wake up in a sweat in the middle of the night wondering if players of Grand Theft Auto or Call Of Duty can correctly answer the question that provides the last line of eXistenZ”: “Are we still in the game?” 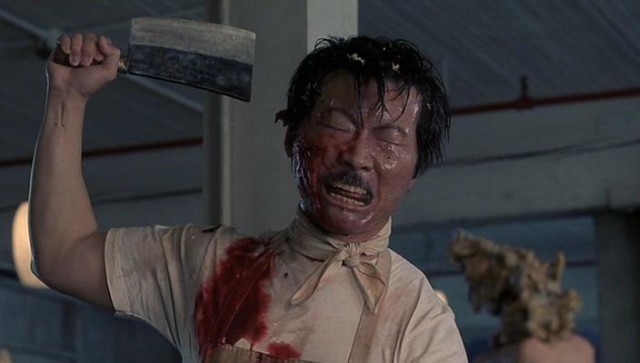 Ordering Chinese food becomes a tricky business amid the fluid reality of eXistenZ.

Despite its shifting planes of reality, this one is narratively much tighter than its predecessor and boasts an ending that is simultaneously more predictable but more satisfying than that to Videodrome, which Cronenberg was notoriously still trying to work out on the last day of shooting.

Over and above its Videodrome connections, eXistenZ reflects Cronenberg’s musings (after conversations with William Burroughs and Salman Rushdie) on the independent existence an artistic creation takes on, with potentially malign consequences for its creator.

It’s also, regretfully, the closest we will ever get to Cronenberg’s once-mooted screen adaptation of Philp K. Dick’s darkly psychedelic 1965 novel The Three Stigmata Of Palmer Eldritch… observant Dick heads will appreciate the packaging of the fast food Ted and Allegra consume while on the lam.

Get your skates on, 101’s release of this title, number 002 in their Black Label range, is limited to 3000 copies and comes with slipcase and a booklet including the essay Enemy of Reality by Alex Morris and an interview with Denise Cronenberg  by Phillip Escott. Can’t comment on either of those because I haven’t seen them.

The disc comes stacked with extras, including (alongside the mandatory trailer) Cronenberg’s audio commentary, “making of” and promo feaurettes plus one that focuses on the work of DC’s long-serving production designer, Carol Spier and interviews with the director himself, Jennifer Jason Leigh, Willem Dafoe, visual FX technician Jim Isaac and Jude Law.

Brand new to this edition are two commentary tracks, one by Kim Newman and Ryan Lambie and another from Mondo Digital’s Nathaniel Thompson, plus an interview with Christopher Ecclestone, who freely admits that his American accent in the film is crap but tries to explain this away on the grounds that nobody in eXistenZ is quite what they seem. Nice try Chris, but you can’t pin the blame for that preposterous accent on Allegra Gellar!

Ecclestone also suggests that in the light of ever-accelerating technological change, a remake might be in order. Cronenberg was way ahead of the curve, though… what’s the betting that if such a project were ever green lit, its protagonists would be schlepping around collecting Pokemons? 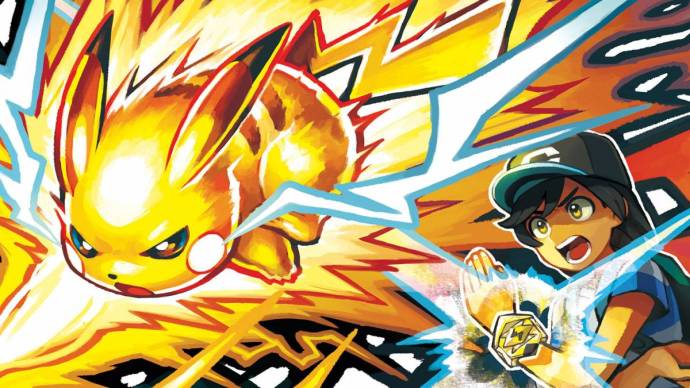